The Midwest region of the United States is home to a large number of museums, galleries and other cultural venues that host a diverse programme of exhibitions throughout the year, each exploring a different subject or theme. As a result the region attracts some of America’s finest artists, many of whom have gleaned inspiration for their creative output here.

For visitors to the Midwest during the winter months, the inclement weather makes indoor attractions essential. If you’re here at this time of year and are keen to visit an exhibition during your stay, we’ve picked out 10 of the best winter exhibitions that the Midwest has to offer at the tail end of this year and the beginning of next. 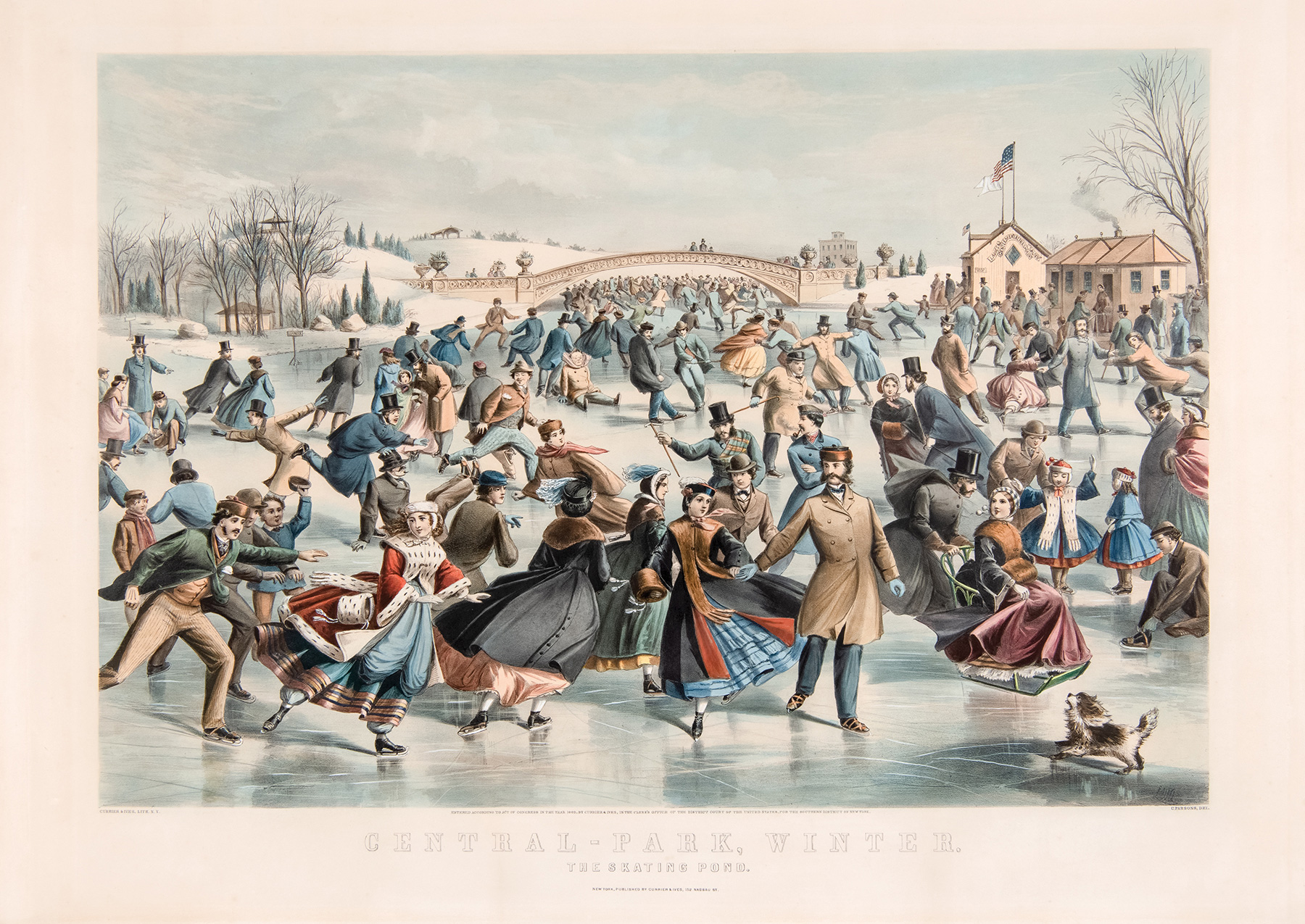 Featuring a selection of Currier & Ives lithographs donated to the Joslyn Art Museum by ConAgra Foods, Inc in 2016, this exhibition sheds new light on the famous firm’s artistic and commercial practices. Organised into themed sections – Sails, Steam, and Speed; Urban Experiences; Domestic Visions; Sporting Life; The Frontier; The Civil War and the American South; America in War and Peace; and Humor – the exhibition reveals the surprising modernity of the company’s popular prints, offering a complex and conflicted vision of America that embraced the possibilities of an emerging urban and industrial society while nostalgically celebrating the social stability of a rural ideal.

FIX: Heartbreak and Hope Inside Our Opioid Crisis 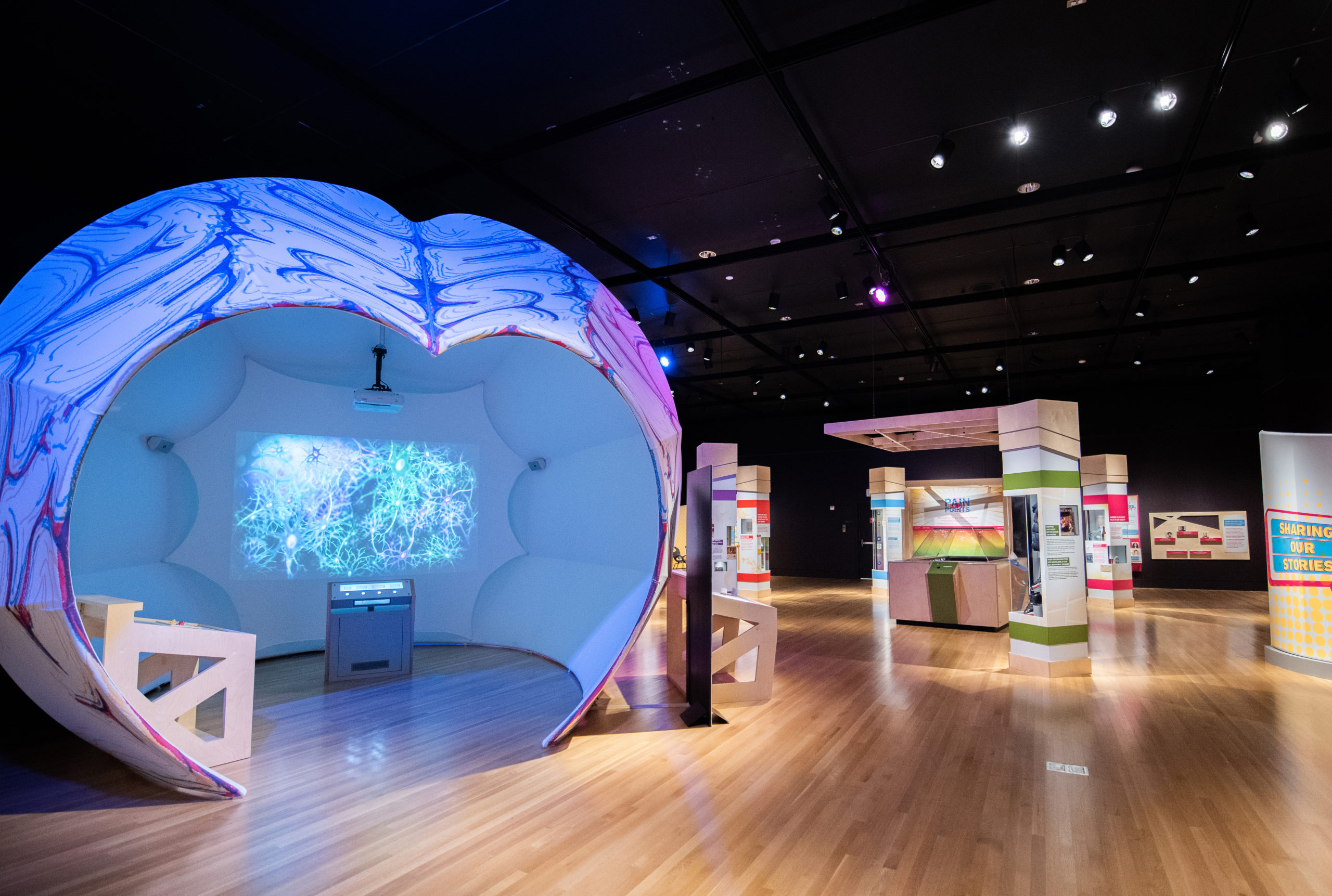 America’s opioid crisis has gained global attention in recent years – and yet still it can often be difficult to have honest conversations about its causes, the huge damage it does to human lives, and how we can help to end it. This powerful exhibition has been created to break down these enduring barriers by finding ways for Indiana communities to come together, shift the conversation and break the stigma surrounding opioid use disorder. Through a range of thoughtful and intelligently put together exhibits, including several hands-on interactive displays, visitors can enhance their understanding of the issue while testing how their perceptions and ideas about the crisis compare with others from around the state. 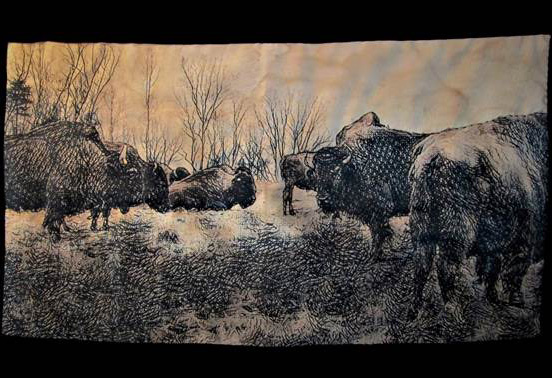 This debut art installation by Virginia-based artist Patty Swygert is her latest to explore the fate of animals as they navigate a changing world. Using paint, ink, earth pigments, soil, dyes, thread and yarn on paper, fabric, and found objects, the exhibition offers an immersive insight into the iconic National Mammal – the bison – from prehistory through present day. It includes nearly 30 two- and three-dimensional works created specifically for the museum’s space, each commemorating the mighty beast and its success in fighting back against the threat of extinction. 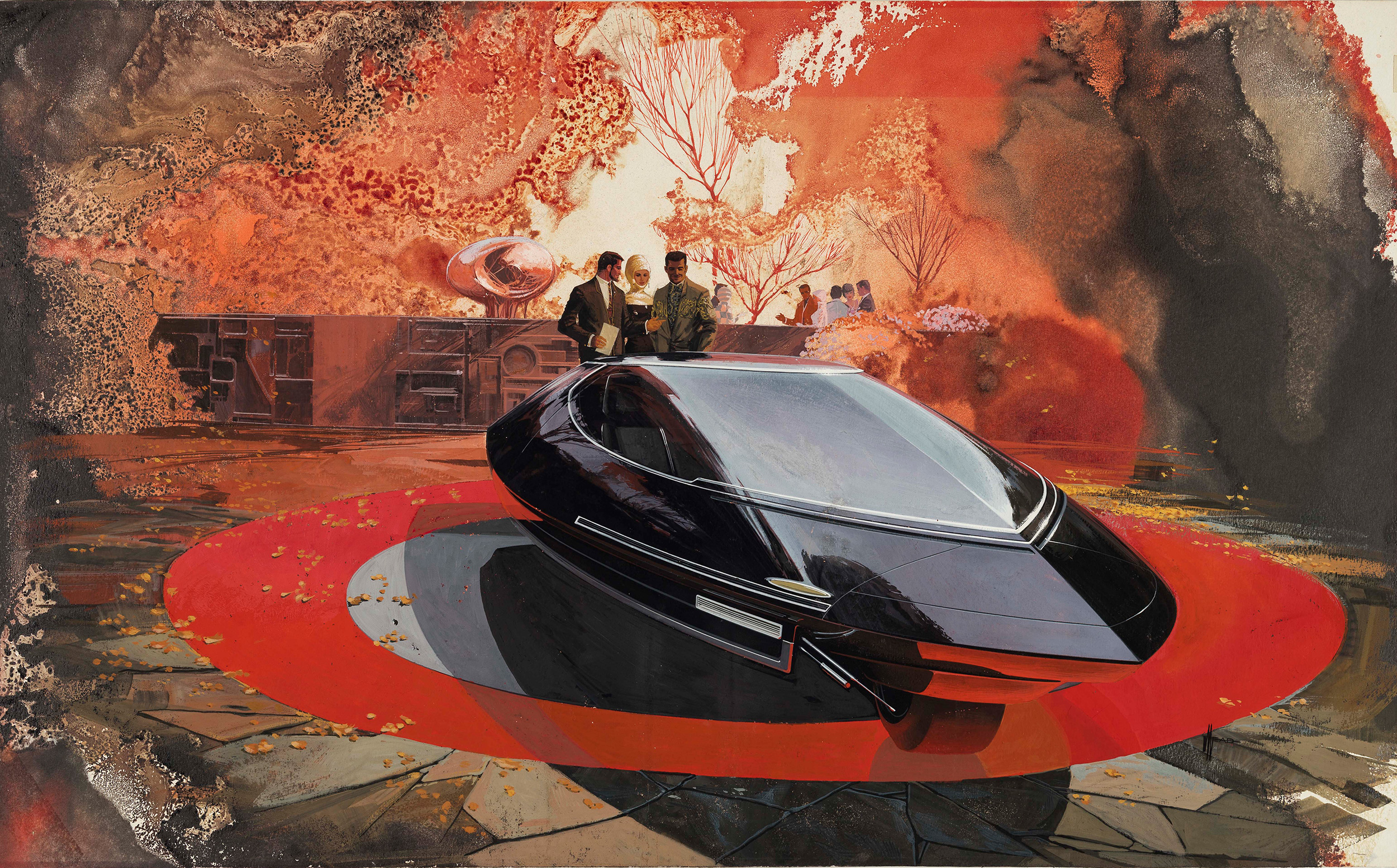 From roaring muscle cars to sleek racers to futuristic concept cars, Detroit designers have always led the way in automobile design. Through a selection of paintings, sculptures and display models, this exhibition highlights the artistry and influence of Detroit car designers working between 1950 and the present day, bringing together 12 coupes and sedans designed across that 70-year period to highlight significant achievements in style and technology. Design drawings and photographs allow visitors to imagine the creative processes that bring a vehicle from the drawing board to the street. 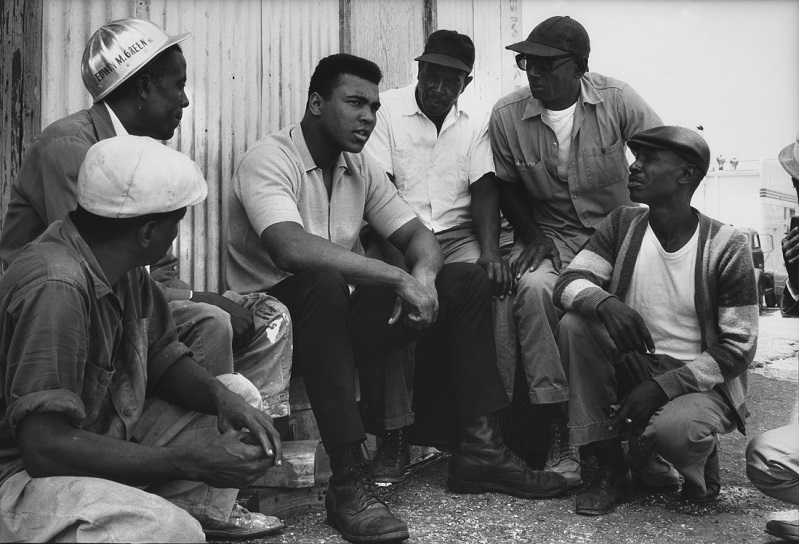 This exhibition contains approximately 55 photographs of the iconic boxer Muhammed Ali, many of which have never before published. Shot by famed photographer Gordon Parks, the photos originally appeared in two features stories in Life magazine – the first in 1966 and the second in 1970 – and marked crucial periods in the boxer’s life and career as he confronted significant personal challenges, both inside and outside the ring.

Best Buy Aperture: The Medium Is the Message 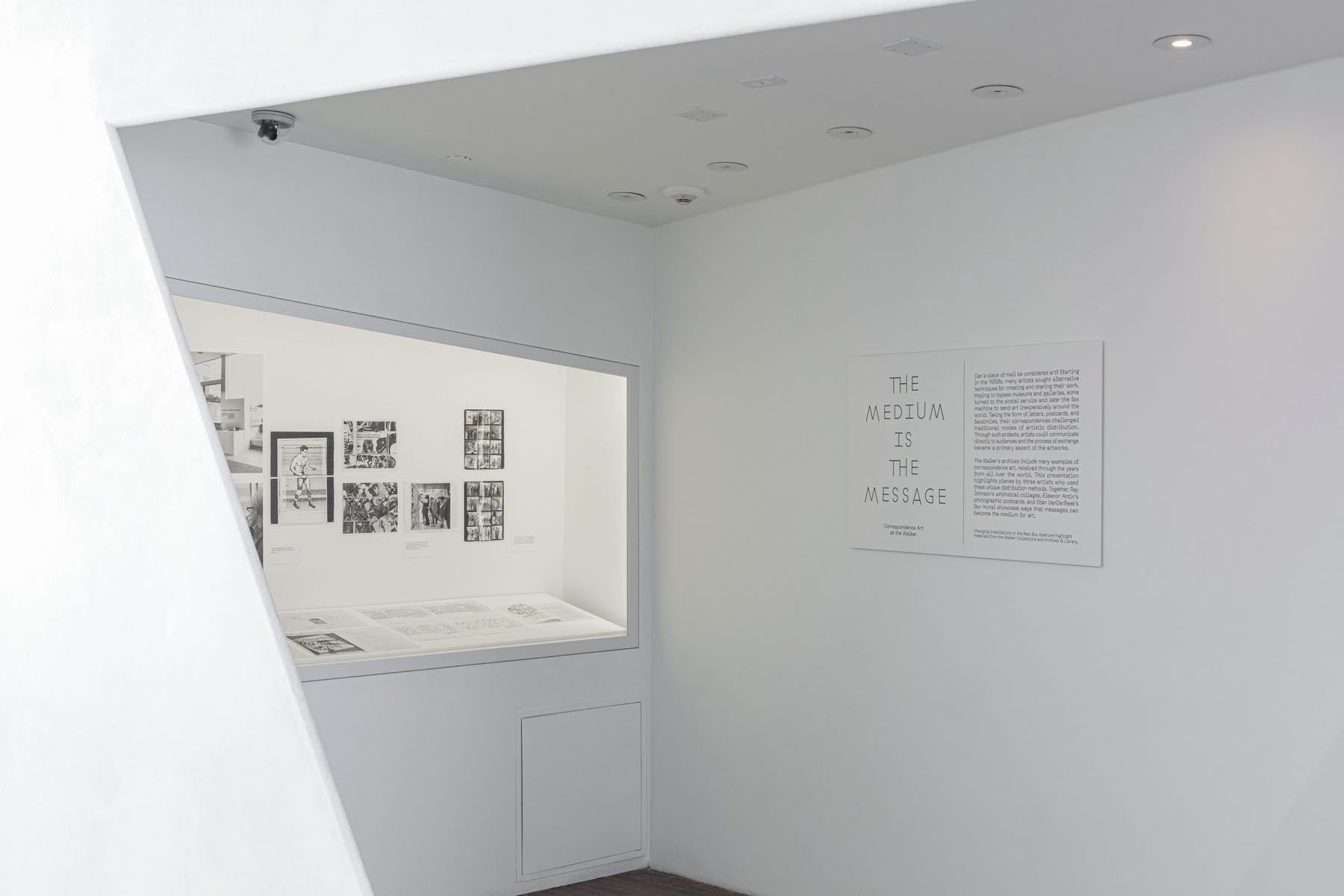 Highlighting pieces by three artists who once used unique distribution methods to share their work and bypass museums and galleries, this exhibition shines the spotlight on some of the ways that messages can become the medium for art. The artists and their artful correspondence techniques demonstrated in the exhibition include Ray Johnson’s whimsical collages, Eleanor Antin’s photographic postcards, and Stan VanDerBeek’s fax mural.

Exploring artist and visionary Jim Henson’s groundbreaking work for film and television, this travelling exhibition reveals how Henson and his team of builders, performers, and writers brought to life the worlds of The Muppet Show, Sesame Street, Fraggle Rock, Labyrinth, and much more. Featured are a diverse assortment of artefacts relating to Henson’s career, including more than 20 puppets, character sketches, storyboards, scripts, photographs, behind-the-scenes footage, and costumes, as well as interactive experiences that let visitors try their hand at puppeteering on camera and designing a puppet. 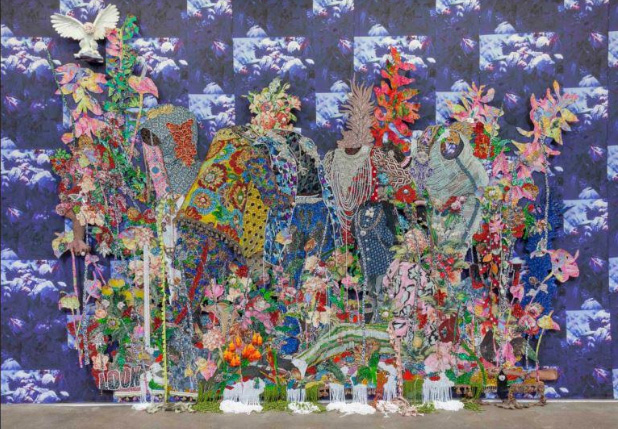 Co-curated by two artists, Mitchell Squire and Jordan Weber, Black Stories is the exhibition component of a broader project that has been designed to explore the issue of perceived racism in the United States and spark conversations with black leaders, artists, and supporters. The exhibition itself comprises major works by a number of notable black artists together with examples of traditional African objects such as masks, palace doors, and ceramic jugs. 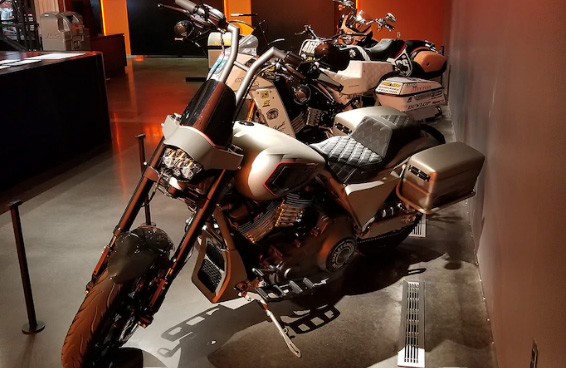 Usually held in California each year, this time round it has been reimagined in the form of a temporary exhibition at The Harley-Davidson Museum in Milwaukee, with several custom bikes created by an assortment of hugely talented motorcycle wizards and wrenchers on display. To create the exhibition standard Harleys were shipped to builders in the prestigious Harley-Davidson Performance Build Program, each of whom had one year to conjure up their dramatic transformations to then be showcased at the museum.

A cherished Christmas tradition, Jingle Rails: The Great Western Adventure returns once again with its model train wonderland complete with nine working trains that wind through a stunning miniature landscape. The exhibit comprises scaled down versions of some of downtown Indianapolis’s most prominent landmarks, including the Eiteljorg Museum, Monument Circle, Union Station and Lucas Oil Stadium, along with iconic national attractions such as Mount Rushmore, the Grand Canyon, Yosemite Falls, the Las Vegas Strip, and the Hoover Dam.