Sure, you could spend a day touring your average museum, but why not mark a more unusual item off your bucket list the next time you visit the Midwest? While you might think of this region in relation to harsh winters, hockey, casseroles and county fairs, there’s so much more to it than first meets the eye. From Chicago to Columbus to Minneapolis, and from big cities to small rural towns, the Midwest landscape is dotted with interesting attractions that you won’t find anywhere else.

What’s more, since the Midwest is the perfect region for a road trip, many of these interesting and unusual attractions are easy, roadside stops. Just hop out of your car and pay them a visit; stay as long as you like, take a few photos and tell your friends and family all about that time you saw the world’s largest twine ball or the Frank Lloyd Wright gas station.Here are 10 unusual attractions to add to your Midwest travel bucket list. 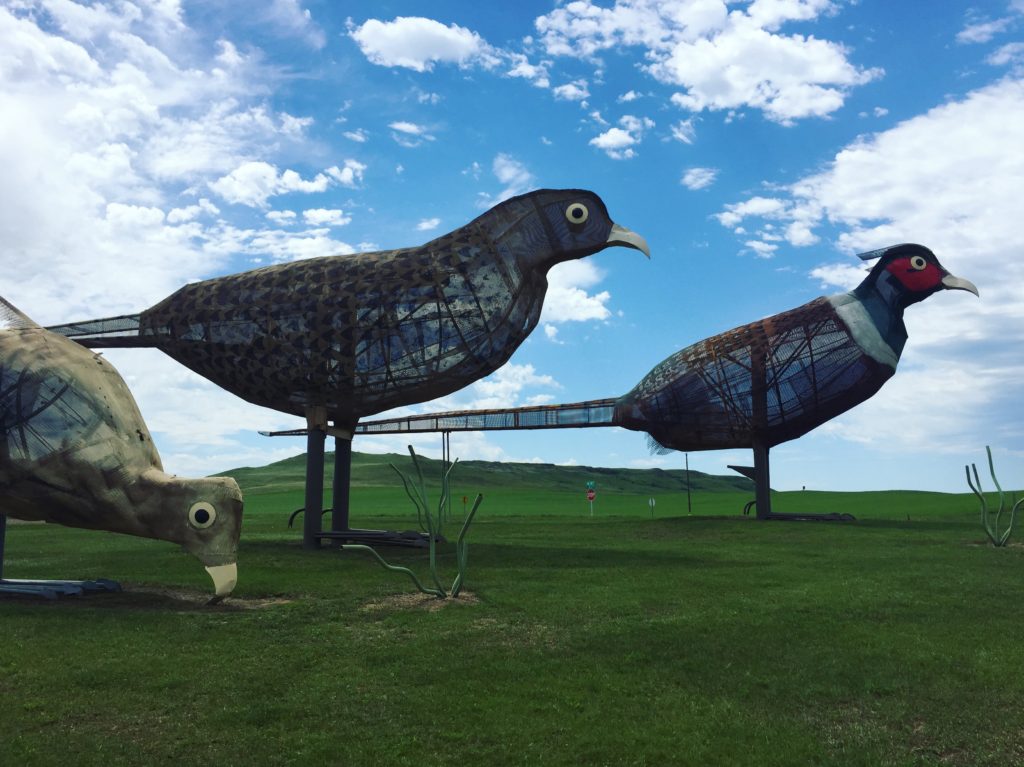 Across the vast and wild landscapes of North Dakota, take a look around and you might just see something unusual. A gigantic bird? A towering dragon? Larger-than-life grasshoppers? Mammoth deer? They’re all part of a miles-long, permanent art installation called the Enchanted Highway. Across 32 miles, artist and designer Gary Greff has placed a series of huge metal sculptures, all intended to bring visitors to his tiny North Dakota town. One of the sculptures, Geese in Flight, was named the Guinness Book of Records’ world’s largest scrap metal sculpture. 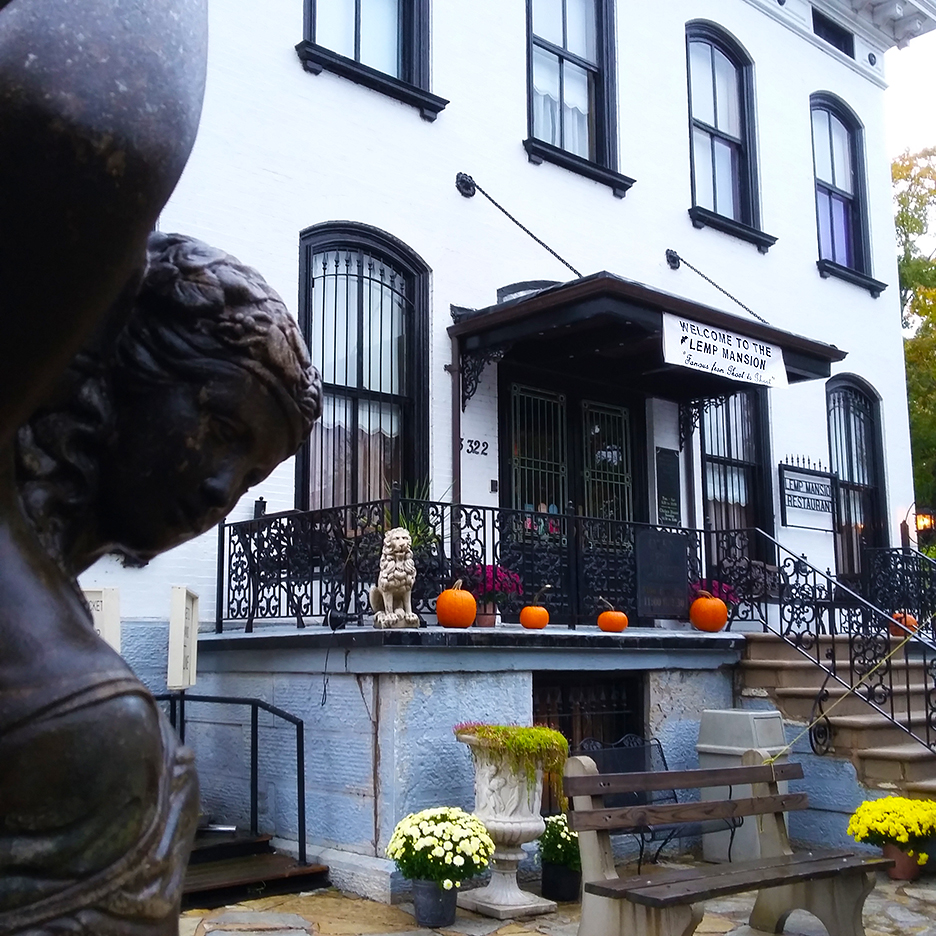 Lemp Mansion is known as one of the most haunted houses in America — and for good reason. The house is both an operational inn and restaurant, but it’s arguable that those two features are not the mansion’s claim to fame. Instead, it’s the mansion’s grisly past, which you can experience via an overnight stay at the property (if you’re particularly brave) or via a ghost tour. So what exactly makes the mansion so haunted? The house is a site of a series of suicides among a family of brewing giants and now the entire family of ghosts roams the property. The mansion has been featured on numerous “most haunted” lists and ghost hunting shows.

Dorothy’s House and the Land of Oz

If you’re a fan of the movie The Wizard of Oz, or you just like the slightly creepy and uncanny, visit Dorothy’s House, a real 1907 home designed to look like the fictional farm house straight from the movie. Beyond the house, though, there’s the 5,000-square-foot “Land of Oz,” a truly unforgettable experience, wherein you might just meet some colorful cast members. Of course, Dorothy is your tour guide throughout the entire visit. Don’t miss one of the movie showings! 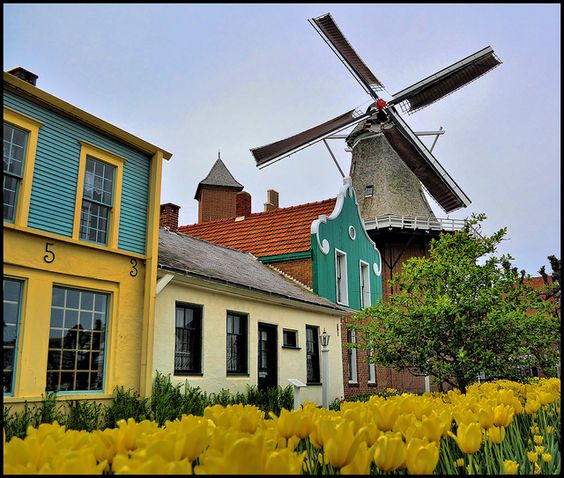 Iowa boasts a number of residents with strong ties to their Dutch heritage and that’s plain to see when you get a glimpse of the Vermeer Windmill, aka, the tallest working Dutch windmill on the continent. Originally assembled in Holland, the windmill was then disassembled and shipped to Pella in the early 2000s, where it dwarfs the town’s surrounding structures. But don’t make the mistake of thinking this is just a pretty attraction that’s nice to look at; the windmill is totally functional and is used for grinding grain. You can visit and enjoy the views from the top, as well as a museum on windmill history.

This historic landmark is literally a gas station designed by notable architect Frank Lloyd Wright in 1927. Wright had always wanted to build an entire city based on his futuristic designs, but he never quite made it that far — but visitors can get a glimpse of what that city might have looked like, by taking in the gas station of Wright’s designs. The station is operational and includes an observation deck for attendants, as well as several other futuristic features. Wright envisioned the station and others like it serving a very car-reliant society and, at least, that part of his vision has come true.

While most Americans might recognize a photo of Carhenge if they saw it, they might not necessarily know exactly where it’s located. Turns out, it’s in the Midwest, in Nebraska. For those not in the know, Carhenge is a large structure built in the 1980s and modeled after Stonehenge, in England, but is made entirely from American cars that have been painted gray. The site is free to visit through daylight hours and is a fun, quick stop when passing through the state. 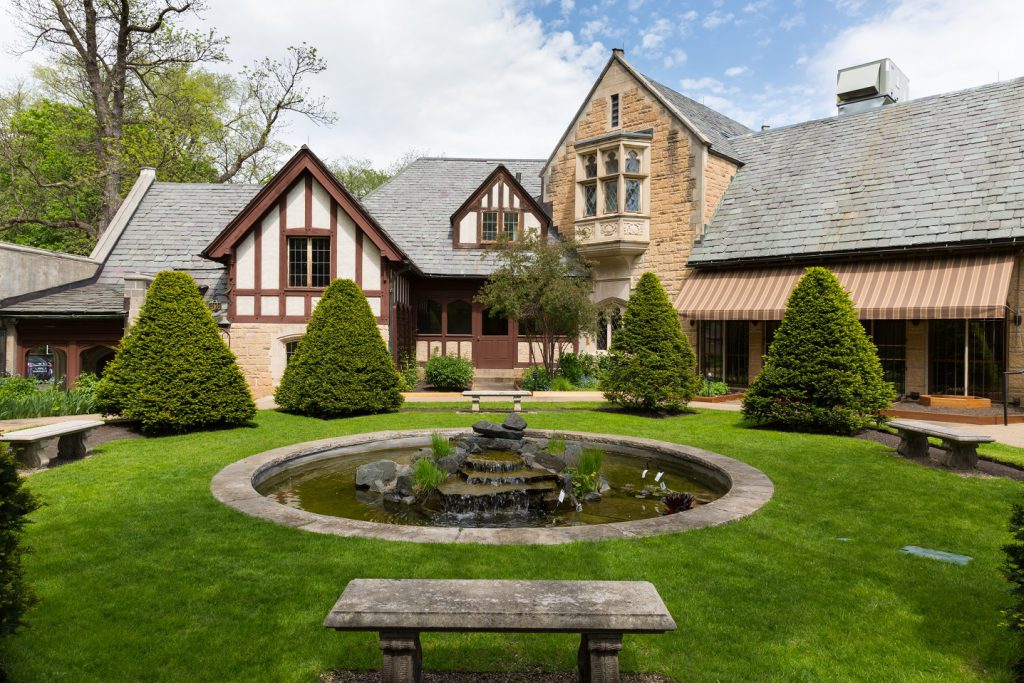 Families find plenty to explore at this science museum (Photo: Courtesy of The Bakken Museum)

The Bakken Museum was founded by Earl Bakken, co-founder of Medtronic, which creates and distributes medical equipment; Bakken was also the creator of the first battery-powered external pacemaker. Today, visitors to the Bakken Museum enjoy family-friendly exhibits and activities focusing on science and technology. There’s a huge range of scientific instruments and written documents on display, from such genius minds as Benjamin Franklin, among others. Exhibits focus on the sciences of electricity, nature and wellness. There are even exhibits that focus on Mary Shelley and the story of Frankenstein (Bakken was a huge fan).

On the complete other end of the interesting and weird attraction spectrum, there’s Leila’s Hair Museum. Leila is a former hair dresser and the museum includes a range of not hair-related paraphernalia, as you might expect, or historic tools of hair dressers through the ages, but instead, hair art. There’s tons of hair art, everywhere you look, but don’t think this collection is so strange — Victorians would create hair art using their deceased loved one’s locks, so the hobby is nothing new. You can also find hair samples from notable figures, such as hair from Abraham Lincoln.

Visit Pittsburgh on the borders of the Midwest, and many will advise any art-loving traveler to pay a visit to, of course, the Andy Warhol museum, but there’s another art attraction, a more hidden and much more unusual attraction, that’s worth your attention: Randyland. What exactly is it? A vibrant, neon-painted art installation made of salvaged “junk.” Created by the property owner, Randy, all over his house and yard, the attraction is sure to put a smile on your face, with its bright, whimsical feel and colors visible from every angle. The attraction is free to enter until sunset.

Casey, Illinois, is known for one thing: an impressive collection of some of the record-breaking largest things. There’s the largest golf tee, the largest crochet hook, the largest mailbox and the largest rocking chair, just to name a few. All of these items are scattered around downtown Casey, and you can easily see them all just by taking a walk around town. It’s pretty guaranteed, too, that you’ll continue seeing new world record-breaking items added to the area on a regular basis. One of the most recent additions to the collection? The world’s largest pitchfork.