Chicago is a sports fan’s city. The destination’s passionate fans cheer their teams on with vigor, whether it’s the White Sox, Cubs, Bulls, Bears or Blackhawks. 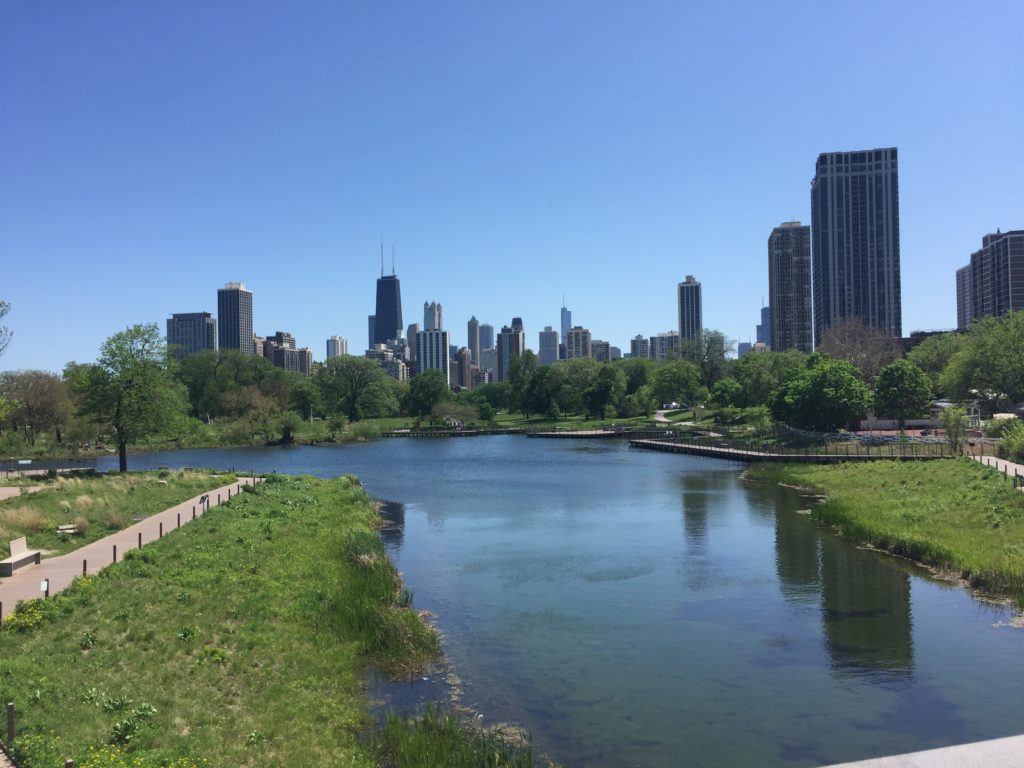 Lincoln Park — it’s not just a zoo. You’ll find loads of great spots to dine and drink in this neighborhood, including some sports bars ready to cater to your fanbase needs, regardless of your team (Photo: Holly Riddle)

There’s nothing quite like having the perfect spot to cheer on your favorite sports teams. But what do you do when you’re on the road and your team is playing at home? Not just any sports bar in any city will do. You’ve got to find the best of the best, where you’ve got the best chances of running into some fellow fans and where, most importantly, it’s most likely you can catch your game, no matter how far away you are.

Luckily Chicago’s sports-centric natives understand this need, which is why you’ll find some amazing sports bars around the city. If you’re not looking to jam into a packed sports bar around the top tourist spots, though, you can find a few local-approved options when you head just a short Uber ride away, to Lincoln Park.

It’s right in the name. Gamekeepers has been around for more than 20 years. It was founded in 1984 by true sports fans and is known as the first real sports bar in Lincoln Park (Gamekeeprs claims it’s the model for all the others that later popped up in the neighborhood, as it’s the true original). Here’s where you can find all your favorite NCAA and professional sports, an impressive feat. How impressive? It’s the official Chicago sports bar for LSU, Arkansas and UNC, and also shows Georgia, Kentucky, Kansas, Pittsburgh, Maryland , U of I, Indiana, DePaul and Missouri games. Any SEC fan knows, the further you get from the South, the harder it is to find your teams on a big screen.

Gamekeepers offers three big screen projectors and multiple televisions. The triangular space can fill up fast, and for good reasons. Beyond the great viewing opportunities, the beer is cheap (you can get a pitcher of Bud Light for just a few bucks on the weekends) and the wings are cheaper (going for $0.10 on Thursdays as well). No matter how late you’re out (seriously, this bar is open until 4 or 5 a.m. most nights), you can satisfy your cravings for classic bar food here. Beyond the wings, think burgers, tacos, sandwiches, mozzarella sticks and onion rings. If it’s fried and perfect for soaking up a few too many beers, they’ve go tit. 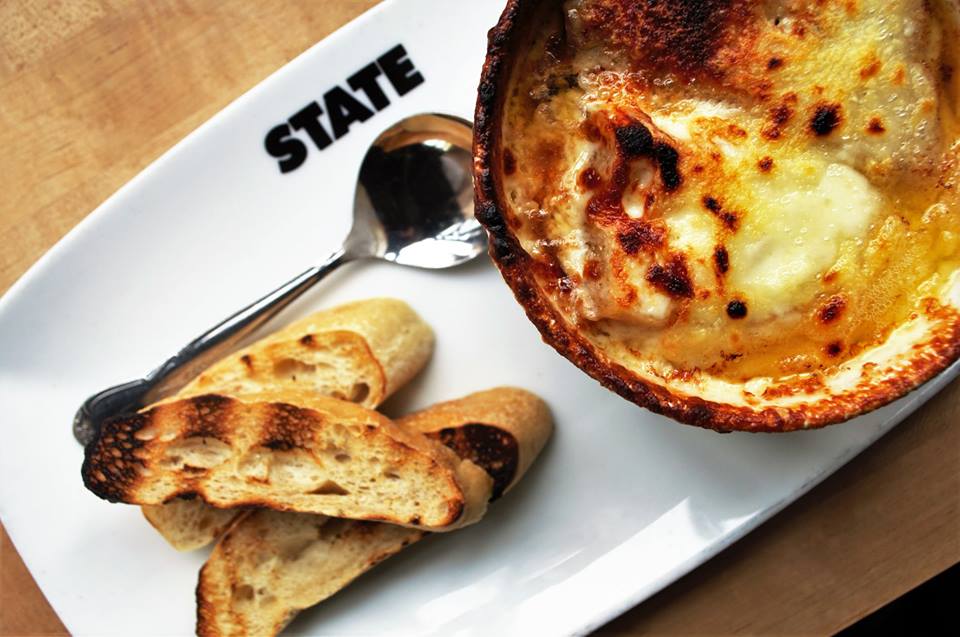 Not your average bar food, at State (Photo: State)

State is a bit newer. It was founded in 2003 and came about when the owner was severely dissatisfied with the other sports bars in the area. The concept was simple — create a sports bar where you can watch your favorite teams play while eating elevated cuisine that’s a step above your typical bar food, without dealing with crowds, sticky floors, dirty bathrooms and some of the other disadvantages that come with a traditional sports bar. State, therefore, is a more upscale experience that’s been highly rated for its efforts.

As the official Blackhawks bar, you’ll mostly find all-Chicago sports here, but there’s certainly nothing wrong with that. With the city’s plethora of teams, you’ve got lots to watch, regardless of the sports you prefer. There are 124 televisions across the space, the most out of anywhere in Chicago. Every seat can see at least four televisions.

But what about that menu that claims to be better than the rest? It certainly doesn’t disappoint. Appetizers go above and beyond the typical loaded fries and wings (though you can get versions of those, with a little twist), and include items like Korean BBQ lettuce wraps, calamari and pretzel fondue. Salads are hardly an afterthought here, and include tempting options like a sweet kale superfood salad and cilantro lime chopped salad. Signature entrees include hearty pastas and gourmet burgers incorporate inventive ingredient choices.

Classic sports bar experiences in an expansive venue that hosts not only sports viewings, but high-profile music acts as well (Photo: Joe’s Bar)

This is no cozy hole in the wall. Joe’s goes all out with 20,000 square feet of warehouse-style venue. Not only does it serve up all the sports you can handle, but you’ll also find a healthy helping of live music. But since this is all about the sports, just know that you can expect more than 120 televisions with all the NFL, NCAA, NBA and NHL action you need. If there are multiple games on at one time, there’s no need to worry — with 14 satellites, this venue can show them all simultaneously, with no problems.

Joe’s is also an off-track betting facility, so you can place your wager on the major races year-round.