Chicago is a city of neighborhoods and each offers something different and exciting to travelers and locals alike. Chicago’s Chinatown is no exception. 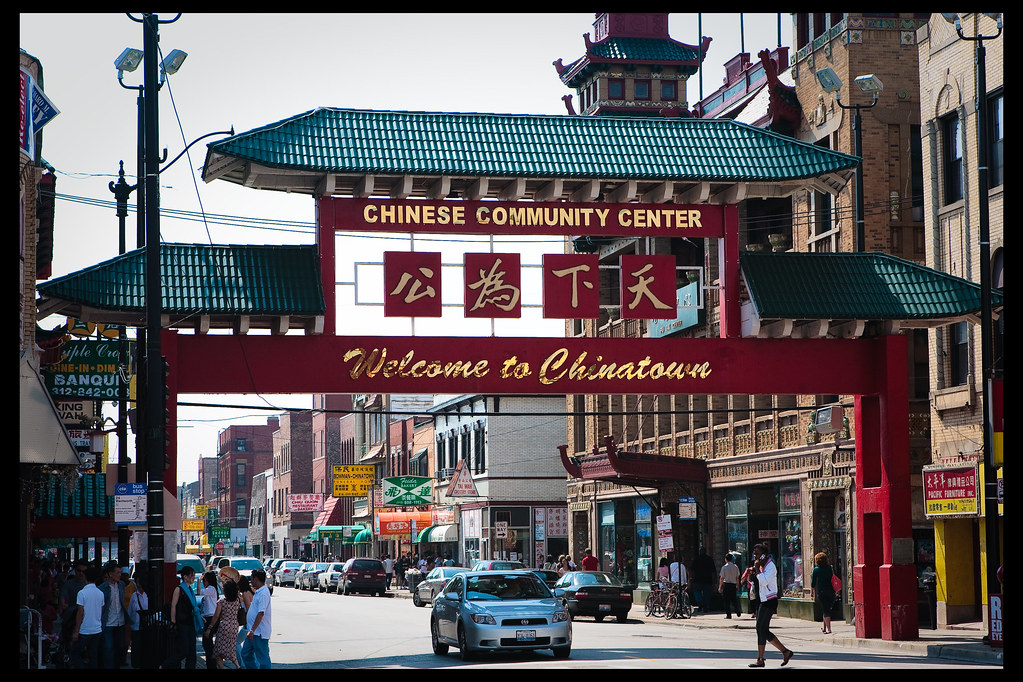 Chicago’s Chinatown is one of the first Chinese immigrant communities in the United States (Photo: Gary Craig via Flickr/CC BY-NC-ND 2.0)

Chicago’s Chinatown has seen a resurgence of popularity with travelers and locals from different parts of the city. As the Chicago River receives new life as a hub of activity, the neighborhoods along it — like Chinatown — are benefiting.

Founded in the early 1900s by Chinese Americans fleeing persecution in California, Chinatown sits south of the popular Loop district, making it easily accessible to travelers staying in that area, where many of the top hotels are located. Beyond the shopping and food, it offers diverse museums and attractions that reflect the residents’ heritage and the neighborhood’s unique identity.

Chinatown Square is one of the largest Chinese malls in the country, with two stories of shopping, dining and amazing architecture. The historic attraction, built in the early 1990s, is one of the most popular in Chinatown. Travelers can easily spend an entire day here, window shopping and taking in the atmosphere.

The Chicago Chinese Cultural Institute was founded in 2004 to promote cultural understanding and awareness. It takes its message to the public, schools and libraries, as well as large corporations. The institute provides amazing programming that caters to all ages, from children to the elderly, most with a heavy focus on authentic Chinese arts. If you can catch a program during your visit, you can expect activities like dance performances, kite-coloring, printmaking, calligraphy and tai chi. There’s additionally a Chinatown cultural tour that you can book. 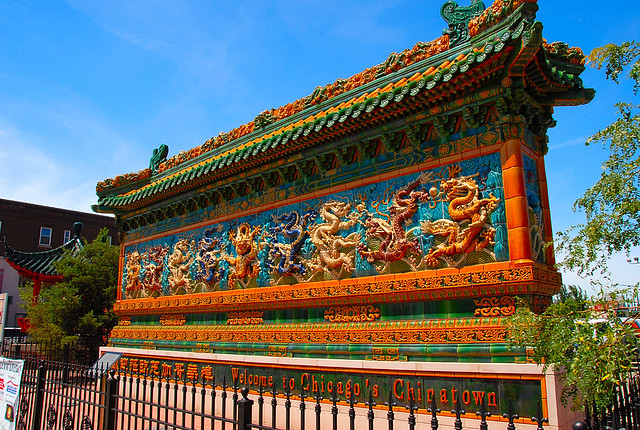 This mural in Chinatown is one of the only one like it in the world (Photo: mason.flickr via Flickr/CC BY-NC-ND 2.0)

The Nine Dragon Mural Wall welcomes guests to Chinatown with a depiction of a similar wall in Beihai Park in Beijing. The wall is one of three replicas of this particular Beijing wall in the world and is a public landmark and a beautiful piece of outdoor artwork. The mural features hundreds of dragons in vibrant colors, hues of royal reds, blues and gold.

The next time you travel, give a local library a chance. Libraries are filled with learning opportunities and attractions that you might not see otherwise. This 16,000-square-foot library not only includes amazing Chinese materials and artwork, it also offers great views of the rest of the city.

For Asian artwork that stretches across the centuries, peruse the collection at the Heritage Museum of Asian Art. The jade and pottery are definitely a must-see, as some of these artifacts date back to the Neolithic period. You’ll also find Chinese porcelain, textiles and artifacts that are completely unique to Chinese culture, such as games and fashion accessories.

One of the first museums you’ll spot when you enter Chinatown, the Chinese American Museum of Chicago promotes Chinese culture through exhibitions and education, with a special focus on Chinese-American experiences in the Midwest United States. Current exhibits include Great Walls to Great Lakes: Chinese Immigration to the Midwest, My Chinatown: Stories from Within and The Chinese Helped Build the Railroad — The Railroad Helped Build America. Check the museum’s calendar before your visit, as you might be able to catch an interesting film screening, presentation or lecture. 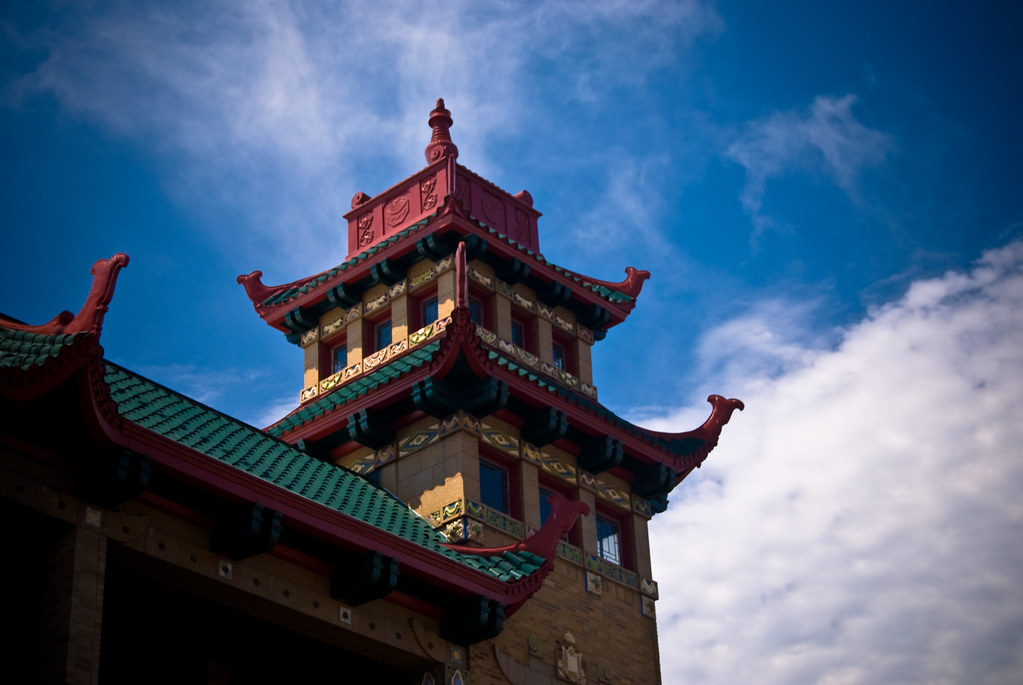 Chinatown’s architecture is known for its intricacy and authenticity (Photo: jasmeet via Flickr/CC BY-NC-ND 2.0)

The Pui Tak Center was the very first example of traditional Chinese architecture to be erected in what is now Chinatown. The significant structure received a restoration about a decade ago and is owned by the Chinese Christian Union Church. When it was built in the early 1900s, it was called “one of the most expensive and elaborate buildings ever erected in America by the Chinese.” Now, it serves as a center for residents to come and learn valuable skills, from English speaking to music. Travelers, however, still flock to the building’s facade to snap photos of this impressive monument.

If you find after all these attractions and museums that you just need a bit of fresh air, the Chinese garden at Ping Tom Memorial Park is the perfect place to end your day. With wide lawns and views of the Chicago skyline and the adjacent Chicago River, the park is a popular community space for locals looking for a place to get active, enjoy a picnic or kayak on the river.